Our expertise at the intersection of business, technology, and IP provides a uniquely holistic perspective 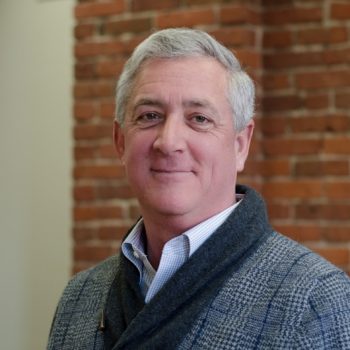 Kevin is a founder and partner in the Silicon Valley office of Sherpa Technology Group. Prior to Sherpa Technology Group, he was the Vice President of IP Strategy for IBM, and was a Senior Advisor to The Boston Consulting Group on IP strategy. He is the former Chairman of the USPTO oversight committee and a former member of the Board of Directors at Tessera Technologies, Inc. (Nasdaq: TSRA). Kevin is the author of Rembrandts in the Attic, a widely read and foundational work on Patent Strategy, and the founder and CEO of Aurigen Systems, an IP analytics firm. In 2008, Kevin was named to the IP Hall of Fame by Intellectual Asset Management, in 2009 was named one of “The World’s Leading IP Strategists”, and in 2014 was named to the National Law Journal’s inaugural list of IP “Trailblazers and Pioneers”. He is a registered patent attorney.

Ralph is a founding partner of Sherpa Technology Group, in the Boston office. He has extensive experience in Intellectual Property strategy, especially in a broad range of technology-related industries. Mr. Eckardt has over 15 years of professional services experience. Prior to Sherpa Technology Group, he led BCG’s IP Strategy consulting practice, and where he led numerous client assignments in technology, industrial, and consumer industries. Ralph is a co-author of the book The Invisible Edge, on IP strategy, and has been named one of “The World’s Leading IP Strategists” by IAM Magazine. He is also a member of the Board of INTIPSA, the International IP Strategists Association. Ralph is a graduate of Messiah College, and holds an MBA from MIT Sloan School of Management. 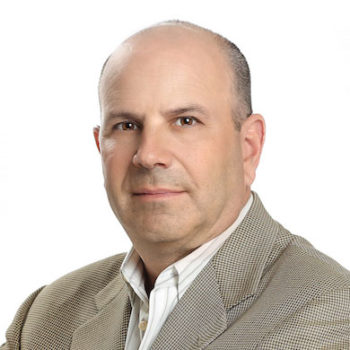 Peter Detkin joined Sherpa Technology Group in 2017. He is a founder at Intellectual Ventures, a multi-billion dollar fund that invests in invention and currently holds over 40,000 patents. He remains involved with the company. Intellectual Asset Management magazine recently named Mr. Detkin the second most influential “IP market maker” in the world. Prior to joining Intellectual Ventures, Mr. Detkin spent 8 years at Intel Corporation where he was a vice president and assistant general counsel. As assistant general counsel, Mr. Detkin was responsible for managing the Intel patent and licensing departments, including all aspects of prosecution and claims management. Mr. Detkin also managed the litigation and competition policy departments (including antitrust). Before he joined Intel, Mr. Detkin was an intellectual property partner at the law firm of Wilson, Sonsini, Goodrich and Rosati in Palo Alto, California. Mr. Detkin was the first patent lawyer hired at this firm and formed the basis of its highly-successful intellectual property practice. Mr. Detkin received his B.S.E.E. with honors in 1982 from the University of Pennsylvania’s Moore School of Electrical Engineering and a J.D. in 1985 from the University of Pennsylvania Law School. He serves as a member of the Board of Overseers of the University of Pennsylvania School of Engineering and Applied Science. He is also on the Board of Directors of the Brady Campaign and Center to Prevent Gun Violence. Mr. Detkin is an inactive member of the State Bars of California and New York, and is registered to practice before the United States Patent and Trademark Office. 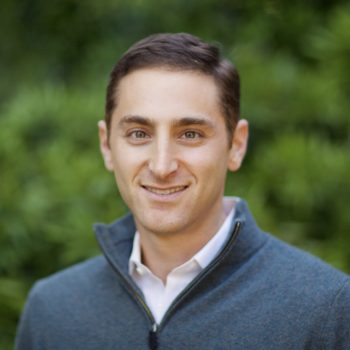 Mark joined Sherpa Technology Group in 2010, serving as an Associate in the Boston office before transferring to Silicon Valley in 2011. He has been quoted for his opinions on technology and IP matters in publications such as Bloomberg Businessweek and The Patent Investor. Additionally, he authored a feature piece in Intellectual Asset Management (IAM) Magazine’s globally printed publication, which discusses investments in licensing-focused companies. Mark was previously an Investment Banking Analyst with UBS in New York, where he worked on mergers and acquisitions, capital raising, and restructuring transactions for financial institutions such as banks, insurers, asset managers, and financial technology companies. He graduated magna cum laude from Princeton University with a major in Psychology and wrote his thesis on Prospect Theory, a Nobel Prize-winning theory in the field of behavioral economics. He was also a Division-I athlete all four years at Princeton, serving as captain of Princeton’s Men’s Varsity Tennis Team. 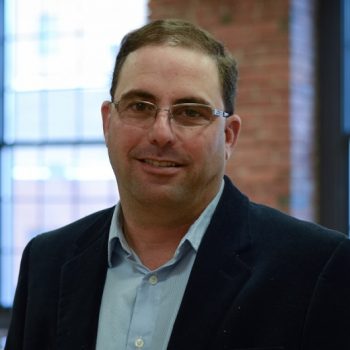 Andrew Filler has over twenty years of expertise managing complex intellectual property and general legal matters across an array of technology and medical companies. He is the former general counsel and vice president of intellectual property at Nanosys, Inc., a leading nanotechnology company where he created and managed one of the largest nanotechnology patent portfolios in the world with over 800 patents and applications. Under his leadership Nanosys also inked hundreds of complex licensing and collaborative agreements with multinational companies including Samsung, 3M, LG, Sharp, and Medtronic. Filler was named as one of the top two corporate IP attorneys in Silicon Valley by the San Jose/Silicon Valley Business Journal in 2011 and previously served as chief intellectual property counsel at Caliper Technologies, senior associate attorney at Weil, Gotshal & Manges, and director of intellectual property at Corvascular. In 2018 he was named part of the IAM Strategy 300.  Filler graduated with distinction with a B.S. in mechanical engineering from Cornell University and holds a J.D. magna cum laude from University of San Francisco Law School. 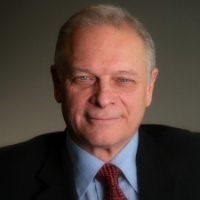 Mr. Williams joined Sherpa Technology Group in 2017 as an Executive Advisor. He brings extensive corporate finance experience as an investment advisor with mergers and acquisitions, strategic investments, joint ventures and new business development across the automotive, battery, life science and alternative energy sectors. He serves as an independent director of Ener-Core and ViZn Energy Systems. He has been a board adviser to ZAF Energy Systems and Efficient Drivetrains since 2015. He was a director for ITUS Corporation from 2012-2014. Mr. Williams was a founder of VIA Motors in 2010. Mr. Williams has served as Managing Member of Vista Asset Management since 2002. Mr. Williams received his Bachelor degree from UC Berkeley in 1971 and received his MBA from St. Mary’s College of California in 1977. 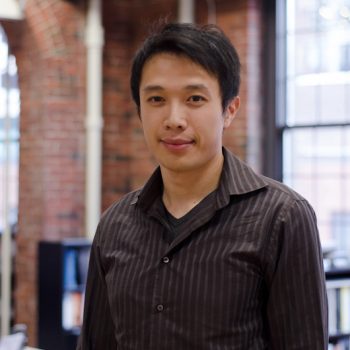 Calvin joined Sherpa Technology Group in 2011 as an Associate in the Silicon Valley office. Previously, he was a Staff Engineer at Broadcom Corporation where he focused on IC (integrated circuit) packaging and system thermal design. Calvin attended UC Irvine where he was a member of Tau Beta Pi, and graduated with a double major in Mechanical Engineering and Materials Science Engineering. 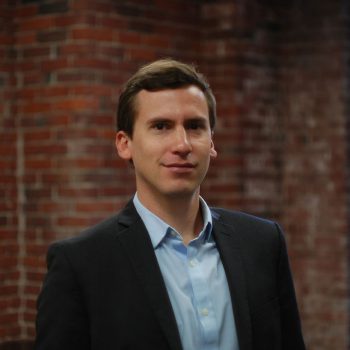 Michael is a Director in Sherpa Technology Group’s Boston office and has extensive technology strategy, due diligence, and IP transaction experience. Previously, Michael was a VP at XLP Capital, a technology development, investment, and strategy advisory firm. Earlier in his career, Michael worked at a litigation strategy firm where he developed financial and economic models related to intellectual property infringement, licensing, and valuation. Michael graduated with a double major from Dartmouth College, where he co-captained the Men’s Varsity Track and Field team. 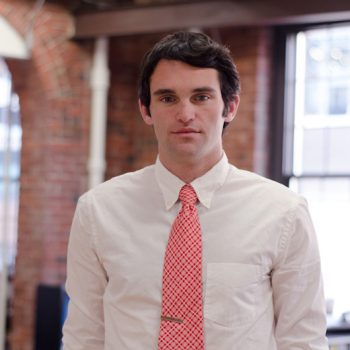 Colin joined Sherpa Technology Group in 2013 as an Analyst in the Boston office. Previously, he worked as a consultant at Endeavour Partners, a boutique consulting firm specializing in telecoms and the mobile ecosystem, and as an engineer at tool, inc., a product design firm. Colin graduated from Harvard University with a B.S. in Mechanical Engineering and Materials Science. He was a four-year skipper on the Harvard Sailing Team, as well as co-chair of Leverett House. 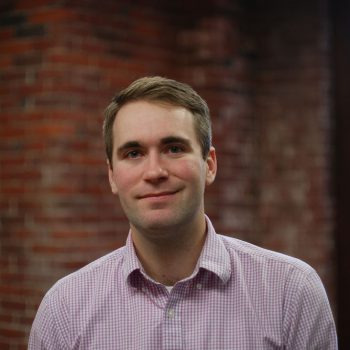 Matt joined Sherpa Technology Group in 2015, serving as an Analyst in the Silicon Valley office before transferring to Boston in 2017. He graduated from Dartmouth College as an Economics major and Government minor with concentrations in finance and law. He previously interned at the University of Virginia Investment Management Company, where he worked on analysis for investment decision-making and risk management. At Dartmouth, Matt was the captain of the club soccer and club basketball teams. 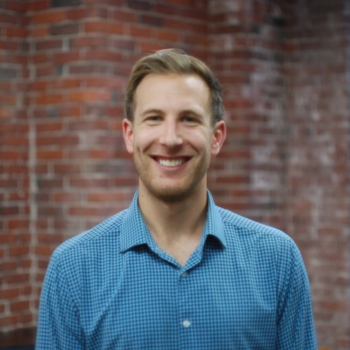 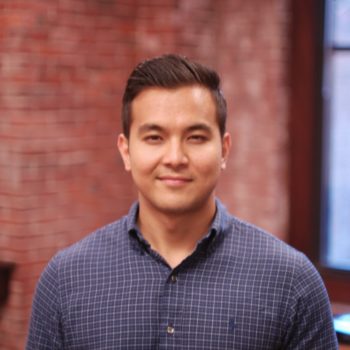 AJ joined Sherpa Technology Group in 2017 as an Analyst in the Silicon Valley office. Previously, he interned in product management at Jobscience. AJ attended Washington and Lee University where he was a member of Sigma Pi Sigma, and graduated with a B.S. in Physics-Engineering and B.A. in Computer Science.  In college, he worked on autonomous robots and deep learning neural networks and studied computer science abroad at University College London. 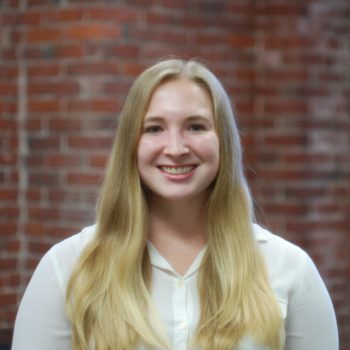 Nicole joined Sherpa Technology Group in 2018 as an Analyst in the Boston office. She graduated from Princeton University with a BSE in Chemical and Biological Engineering and a concentration in Engineering Biology. Previously, she interned as a process engineer at Scientific Design, a leading chemical process licensor. In college, she conducted senior thesis research on optogenetic protein control and was a member of the varsity rowing team.